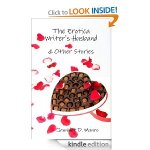 “At turns heartbreaking and hilarious, Jennifer D. Munro’s writing crackles with wit and hard-earned wisdom. Her prose is snappy and eloquent, and often laugh-out-loud funny about the most unfunny things…”--Janna Cawrse Esarey, The Motion Of The Ocean

“I laughed like a little maniac. I just loved it. Hilarious.”–Mary Guterson, Gone To The Dogs and We Are All Fine Here

The Curse of Senmut by Vickie Britton and Loretta Jackson
Genre: Mystery
Price: $4.99
Where to Get It:
Amazon (Kindle)
*(
*
Outside a small village near the Valley of the Kings, archaeologist Ardis Cole arrives in Egypt  to help excavate a tomb recently discovered by her mentor, Jane Darvin. When Jane is murdered, Ardis must assume responsibility for the project.
*
With the help of mysterious Blake Lydon, she must unravel the tomb’s mystery—an ancient secret concerning two miniature obelisks of gold hidden by Queen Hatshepsut’s love, Senmut, over 2000 years ago.
*
As Ardis uncovers the ancient mystery, she finds herself drawn into a modern action tale of hatred, murder, and revenge.
*
What they’re saying:
*
“…superbly crafted and entertaining mystery adventures…” –Midwest Book Review
&
“Nice thrills and chills. The authors have obviously done their archeological homework, and in between all the mysterious goings-on, we learn fascinating details of Hatshepsut’s stormy reign. The Egyptology is all there, and it’s enjoyable.” –Mystery Scene Magazine
*
*
*

Killer at the Door by Vickie Britton and Loretta Jackson
Type: Short Story Collection
Genre: Mystery
Price: $1.99
Where to Get It:
Smashwords
*
*
*
In every person’s life there comes a crucial moment when time is of the essence, where the clock is ticking and a split-second decision can mean the difference between life and death. In these eight stories of mystery and suspense, each character comes face to face with an immediate threat. They are forced to make a snap decision, drawing on courage, physical and mental force. Will they have what it takes to beat the odds, to outwit the Killer at the Door?
*
Danger lurks in many forms. For some, it is a creepy next-door neighbor, for others a date gone wrong. Danger might even simply appear one night as a knock at the door.
8
*A blood-spattered stranger appears at the door, begging to be let in
*Is Driftwood a harmless bum looking for work, or a deranged killer?
*A high school reunion becomes an opportunity for a “woman scorned” to right an old wrong
* Is the man next door a secret admirer or a dangerous stalker?
88
Who can you trust and believe?
8
What they’re saying:
(
“Killer at the Door is a macabre collection of eight short stories, each with either a touch of murder and mayhem. Vickie Britton and Loretta Jackson, sisters who co-author, have put together an awesome collection of short stories. While reading, I felt as if I were being held in a mind puzzle. Is it him? Is it her? Who the heck do you believe? I wanted to yell, “No! Don’t trust him!” or “Run! He’s the murderer!” I never knew who was going to turn out to be the killer. All the short stories are cleverly written by this duo. My only complaint is that I didn’t want them to end!
Stacey Bucholz

Tales of the Silver Sword Inn, Volume 1 by Wilson Harp
Type: Short Story Series
Genre: Fantasy
Price: $2.99
Where to Get It:
Amazon (Kindle)
*
*
*
Tales of the Silver Sword Inn are a collection of short fantasy stories that all start in the common room of this Inn near the town of Black Oak. This first collection of short stories from the Tales of the Silver Sword Inn includes:
*
Horas and Lendin Hunt Some Orcs In this first story, two young men from Black Oak have discovered a small camp of orcs out in the Shadowmist Wood. Horas and Lendin are eager for adventure and danger and they find both in the dark woods.
*
The Crimson Toads
When a wizard needs some acid from some toads, where does he go? He hires adventurers to go get it for him! Martel and his friends are heading into the Lower Salt Swamp to hunt some Crimson Toads. The pay is good, the job is easy, what could possibly go wrong? Follow them as they head out of the Silver Sword Inn and into adventure.
*
The Goblin Mine
Master Orias has sent his young wizard apprentice out into the wilds to gather ingredients for his magical research. Medrick hires the two brothers, Val and Karl, and a woodsman guide to help him find what his Master demands. When the party arrives at the mine, it is not abandoned as they had believed. Join the young wizard and his friends as they find adventure and danger in the goblin mine.
(
A Debt to Pay
Calaran the bard has come back to the Silver Sword Inn. What answers can he provide Croft about the history of the Inn and what mysteries can he reveal? But more importantly, can he bring in more money for Croft by performing at the Inn? Come grab a mug and sit back and learn whose debt must be paid at the Silver Sword Inn.
*
What they’re saying:
(
“If you enjoy a light read and tales of bravado and cowardice, of friendship and
treachery, then these tales of adventure and magic in a world where just about
anything’s possible will give you a few great hours of directed exercise for
your imagination.”

Deep in the Mojo & Other Stories by J. Tanner
Type: Short story collection
Genre: Dark Fantasy
Price: $2.99
Where to Get It:
Amazon (Kindle)    Barnes and Noble
*
*
DEEP IN THE MOJO & OTHER STORIES includes eight darkly fantastic tales, blending equal parts horror, sci-fi, noir, and humor along the way.
**
Join Reggie as he finds the only thing tougher than getting out of the drug business is getting out of the voodoo business. Before long he’s back to his old ways, and deep in the mojo…
*
Take a trip to the amusment park with a pair of cybernetically enhanced soldiers who don’t expect to make it out alive…
Hide in the shadows with Buzzard Crosby during his final day at San Quentin, where the inmates run the asylum and they aren’t too happy about Buzzard flying the coop…
*
And five other bizarre tales.
*
What they’re saying about it:
*
“Deep in the Mojo”: HONORABLE MENTION – Ellen Datlow, Year’s Best Fantasy & Horror
*
“Buzzard’s Last Day in the Big Q”: HONORABLE MENTION – Ellen Datlow, Year’s Best Fantasy & Horror
*
“Road Trip”: I’ll definitely be checking [out] whatever else J Tanner has written,  Road Trip was seriously that good. – James N Simpson, Amazon Top 1000 Reviewer

Thoroughly Modern Monsters by Jennifer Rainey
Type: Short Story Collection
Genre: Contemporary Fantasy
Price: $0.99
Where to Get It:
Amazon (Kindle)
A love-sick vampire working at a department store.
A confident siren kept from his home by the owner of a traveling carnival.

A famous crime-fighting werewolf reunited with his hostile brother.

The age of the monster under the bed is over! New law integrates all beings considered monsters by the United States government into human society, throwing them into the workforce. As these beings overcome workplace woes, unexpected romance and any personal demons that may have come along for the ride, they discover for better or worse what it means to be a thoroughly modern monster.

Thoroughly Modern Monsters is a collection of seven short stories complete at 21,800 words.

What they’re saying about it:
“This novella-length book of short stories is outstanding. I suppose Thoroughly Modern Monsters has to be categorized as urban fantasy. Its seven stories are set in an alternate U.S. in which everyone seems to know about “monsters” (gorgons, vampires, werewolves, and so forth) and the “Monster Relocation and Employment Act” has been passed to control their more dangerous tendencies and to make use of their special abilities.”–Amazon Reviewer